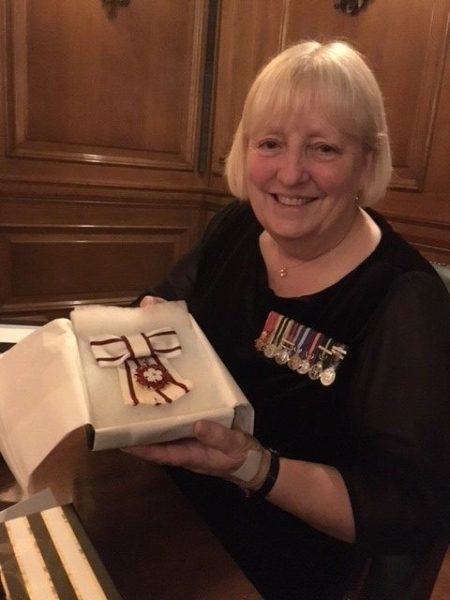 KCWC is always keen to showcase accomplished women doing a herculean job and so May finds us honouring Colonel Jane Davis OBE, Vice Lord-Lieutenant of London. Having qualified as a nurse in 1976 after training at St. Stephen’s Hospital London, Colonel Davis has specialised in A&E nursing care primarily at NHS London Hospitals. A highly decorated individual having been awarded the distinguished Order of the British Empire in the New Year’s Honours in 2012, Colonel Davis had previously earned the QVRM in the Honours of 2001. After serving as the Queen’s Honourary Nurse 2005-09, the Colonel was appointed Deputy Lieutenant for Greater London in 2008 and in 2018 Vice Lord Lieutenant of Greater London, a post she continues to hold.

She was commissioned as a Lieutenant in the Territorial Army in 1981, a Colonel in Aghanistan deployed in 2011 where she served as Senior Nurse.  When Covid concerns threatened the NHS capacity, Colonel Davis was called upon to organise the Nightingale Hospitals.

Colonel Davis travels widely with The HALO Trust an International NGO that she has supported for over 27 years with specific attention to training programmes for minefield paramedics. In this capacity she has visited Angola, Mozambique, Somaliland, Kosovo, Abkhazia, Georgia, Nagorno Karabakh, Cambodia, Lebanon, Ivory Coast, Sri Lanka, The West Bank, Columbia, Zimbabwe, Myanmar and Afghanistan.

It is our distinct honour and privilege to welcome Colonel Davis to our podium to celebrate her dedicated career in public service and health advocacy.