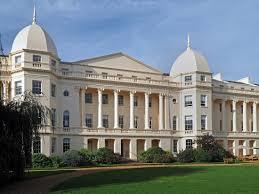 London in the period from 1780-1820 appeared as the epitome of gracious living, with tremendous wealth being created in the East by the burgeoning empire, fueling material benefit domestically with goods flowing up and down the recently built Regents Canal. Join us as we explore with Tim Potter the remaining glories of this period as we go down the canal from the majesty of Regents Park to the new industrial base around Kings Cross.