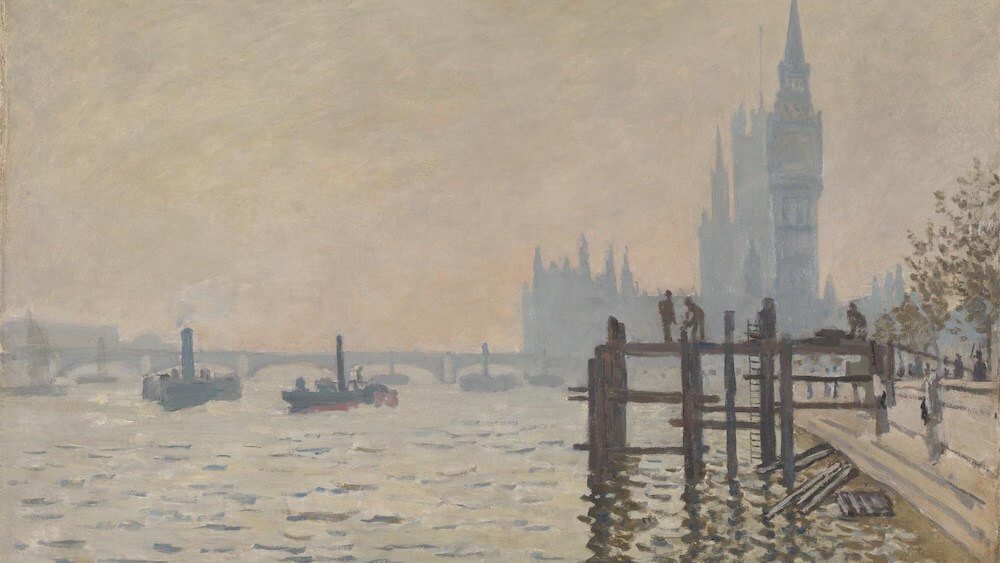 The Franco-Prussian War in 1870 led to a number of French exiles arriving in London including the artists, Camille Pissarro and Claude Monet.

In the second of Jo Rhymer’s lectures, we will consider the importance of the Thames for Monet, and the Crystal Palace vicinity for Pissarro. We will discuss the impact of London on both artists. How might we relate Pissarro’s works in London with those he made in France during the 1870s? We will also discuss Monet’s return to the Thames later in his career. How might his fascination with London’s famous river have inspired Fauvism?