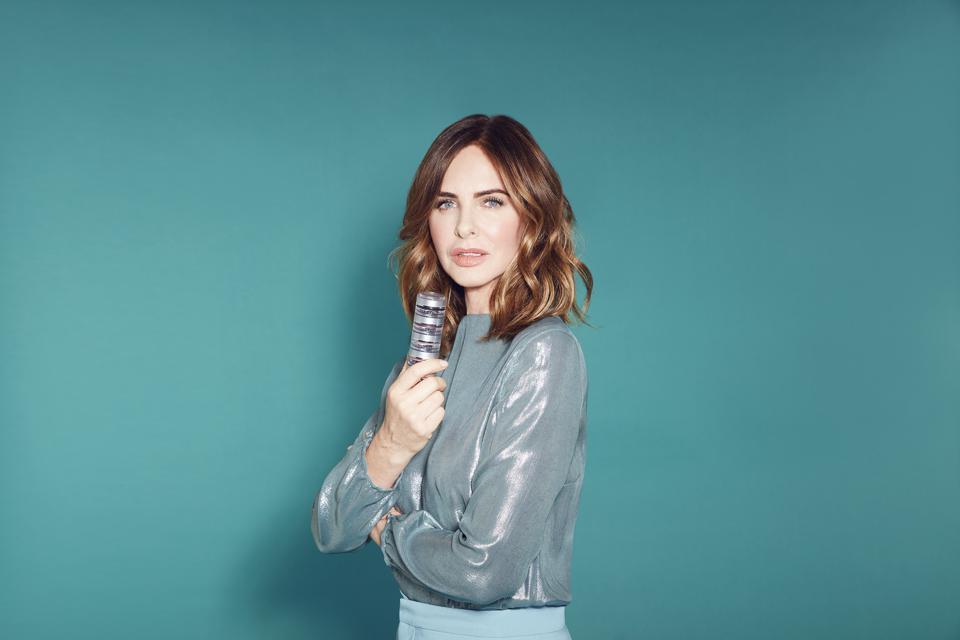 Trinny Woodall established her career as a fashion advisor, initially as columnist for The DailyTelegraph and more recently as co-host with Susannah Constantine for the transatlantic award-winning and hugely popular BBC show What Not to Wear. The pair co-wrote 11 fashion advice books, several of which became best-sellers in the United Kingdom and the United States, having sold over 3 million copies worldwide.The books have also appeared on The Sunday Times bestseller list and The NewYorkTimes bestseller list.

After co-hosting What Not toWear for five series,Woodall and Constantine moved to ITV to host Trinny & Susannah Undress… and Undress the Nation. They have also contributed as style and make-over advisors for the The OprahWinfrey Show, NBC’s Today Show and ABC’s Good MorningAmerica.In 2009, they launched their International Makeover Mission series, reaching an audience of 30 million women in over 31 countries.In 2016, Trinny began regular appearances on ITV’s This Morning show as their fashion style expert.

Although notorious for her honest and authentic advice, Trinny has carved out a unique voice for women; she channels this through social media,addressing her loyal following of 750k across Facebook, Instagram andYouTube. Trinny’s intrinsic desire to empower and communicate with women, led her to launch the digital beauty brand TRINNY London in October 2017.After three years of experimentation, Trinny has created ultimate easy,modern, premium makeup, based on the state-of-the-art ‘Match2Me’ formula.The brand has featured in over 300 pieces of editorial and won numerous awards.

GENERAL MEETING SCHEDULE:
9:30am – 10:30am Registration. Coffee/tea, activities sign-up and shopping
10:35am Doors to the auditorium open
10:45am – 12noon Club announcements followed by Guest Speaker
12:30 – 2:30pm Hospitality luncheon* at The Baglioni Hotel

*You can now reserve your place at the lunch ahead of time by emailing hospitality@kcwc.org.uk.Alternatively, you may sign-up upon arrival at the General Meeting. Note that places are limited and we operate on a first-come, first-serve basis. Members, new members and guests are welcome. There is a £10 entrance fee for non-members, which is redeemable toward your membership fee on the day. Please see kcwc AT-A-GLANCE for important details about the General Meetings.