Know Before You Go: Nero, The Man Behind The Myth 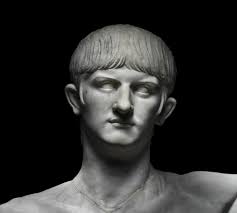 Learn more about the latest block buster exhibit at the British Museum. Nero is known as one of Rome’s most infamous rulers, notorious for his cruelty, debauchery and madness. The last male descendant of the Emperor Augustus, Nero succeeded to the throne in AD 54, aged just 16 and died a violent death at 30. His turbulent rule saw momentous events including the Great Fire of Rome, Boudiccas’s rebellion in Britain, the execution of his own mother and first wife, grand projects and extravagant excesses. Drawing on the latest research, this major exhibition questions the traditional narrative of the ruthless tyrant and eccentric performer, revealing a different Nero, a populist leader at a time of great change in Roman society.

Was he a young, inexperienced ruler trying his best in a divided society, or a merciless, matricidal megalomaniac that history has painted him to be?

Come and gain some background through one of our favorite lecturers, Dr. David Bellingham, who is also a specialist on the classical world.  Arrive from 10:15am for a 10:30am start. There will be a coffee before the event starts.