Maharajah Jewels – A Tea Time Talk with the BADA Friends 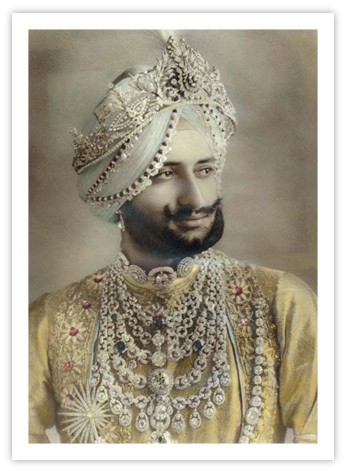 Our Friends at BADA are sharing 10 spots with us to hear decorative arts lecturer Nicholas Merchant. This month his topic is Jewels of the Indian Princes. As rich and splendid as European gems are, they pale in significance with the jewels of the Indian subcontinent. Worn in glorious and staggering profusion more often by men then women, it wasn’t this gender distinction alone that defined the Indian taste for jewellery. For millennia, stones were cut and set in traditional ways that differed greatly from the European manner. That is until Jacques Cartier arrived in India in the 19th century. Astute businessman that he was, Cartier recognised the potential to better showcase the ravishing beauty of Indian gems if Indian craftsmen could be educated in the European method and taste. The inherent magnificence of stones would be revealed changing forever the story of glamorous and spellbinding Indian jewels.
You don’t need to be a Maharani to discover how it felt to look like one!