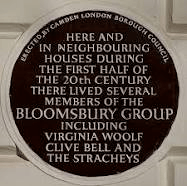 “They lived in squares … and loved in triangles.” So said Dorothy Parker about the Bloomsbury Group, also known as the Bloomsbury Set. In the first half of the 20th century, Bloomsbury was the intellectual heart of London and of Britain. The fine Georgian and Regency squares housed the British Museum, Senate House, University College and the Dickens Museum. Bloomsbury rose to prominence, and some notoriety, with the emergence of a group of intellectuals clustered loosely around Clive and Vanessa Bell and Leonard and Virginia Woolf. Members included J M Keynes and E M Forster, while T S Elliot, George Orwell and Bertrand Russell all had very strong links to the area. Tim Potter will review the intellectual life of the Bloomsberries and try to understand why they were so representative of the age.

Check Your Email For Our Monthly eNews

Book Group and Lunch: Remembering Shanghai: A Memoir of Socialites, Scholars and Scoundrels by Isabel Sun Chao and Claire Chao