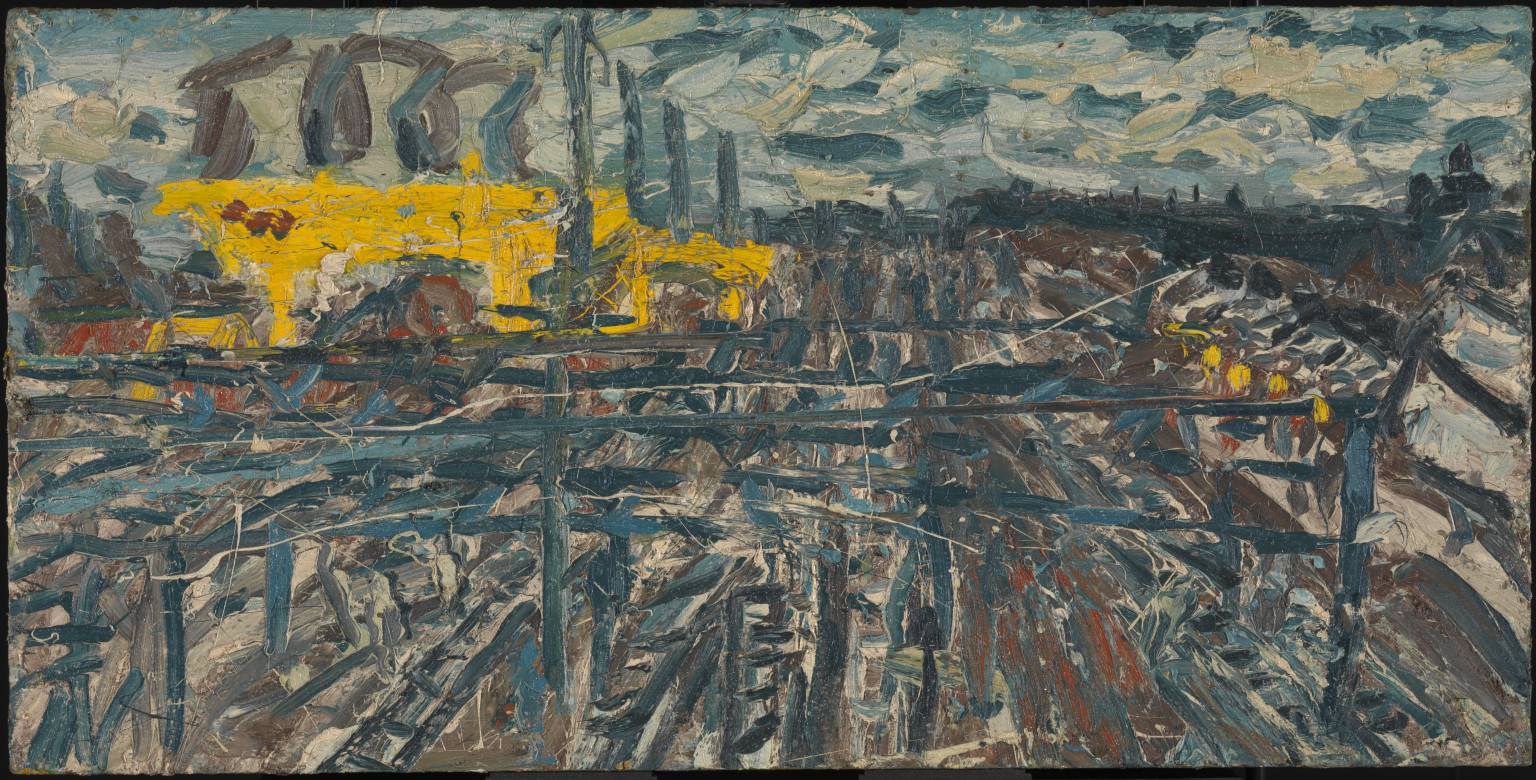 London, our London! Many of us rediscovered it whilst walking during the pandemic. Now is the opportunity to discover another side to the London we think we know so well.

The Camden Town Group was founded in 1911 and was led by the artist Walter Sickert. The name came from a run-down area of London where several of the artists lived. The group is known for scenes of contemporary urban life sometimes thickly painted in bright colours. There were only three Camden Town Group exhibitions before it was absorbed by the London Group in 1913, but it is still seen as a key moment in the development of British modern art.

This set of two lectures “Painting London 1 & 2”, given by Jo Rhymer, will demonstrate how extraordinary works by 19th and 20th Century artists including Walter Sickert, Leon Kossoff and Frank Auerbach, will enable us to see the capital afresh. These works focus mainly on marginal and often forgotten areas of London.

In “Painting London 2”, we move to mid and late 20th century works by Leon Kossoff showing ubiquitous train lines and urban swimming pools, and by Frank Auerbach depicting Camden Town, to discover how banal metropolitan life is transformed through the physicality of their paint and their expressive use of colour.

Jo Rhymer, who until 2018, was Head of Adult Learning at The National Gallery London and following that, at York Art Gallery, will lead us through this voyage of discovery of London, our city.

Arrive from 9:30am for a 10:00am start. There will be a coffee break in the middle and we aim to finish by noon.