Know Before You Go: Cézanne at the Tate 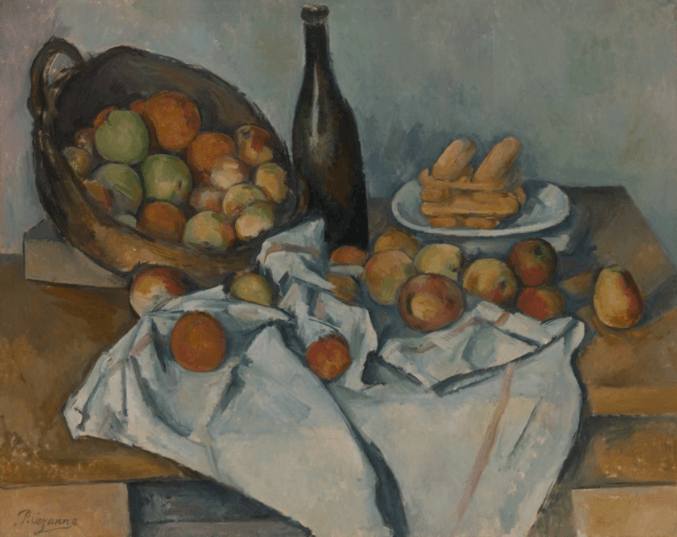 “With an apple, I will astonish Paris”, Cézanne once claimed.  Leaving his native Aix-en-Provence for the French capital in his 20s, this is precisely what he did.  Cézanne’s still lifes, landscapes and paintings of bathers were to give licence to generations of artists to break the rule book.  The history of painting was never to be the same again.

Today Cézanne’s work is universally admired but success came late in his career.  Why is Paul Cézanne now considered to be a pioneer of modern painting and how does his work relate to Impressionism?  In her fourth lecture, Jo Rhymer will discuss the significance of Cézanne’s work in the development of a new pictorial language.

Focusing on the many tensions and contradictions in Cezanne’s work, this exhibition at Tate Modern (5 October 2022 – 12 March 2023) seeks to understand the artist in his own context, as an ambitious young painter proudly from the Mediterranean south, yet eager to make it in metropolitan Paris.  Featuring many works shown for the first time in the UK, the show will follow his struggle between seeking official recognition and joining the emerging Impressionists, before relentlessly pursuing his own unique language.  We will witness an artist wrestling with what it means to be a modern painter while remaining deeply sceptical about the world he lived in, from political unrest to a continually accelerating way of life.